Bank of England poised to act under new inflation strain

LONDON, Feb 3 (Reuters) – Facing pressure to curb surging inflation, the Bank of England looks set to raise interest rates again on Thursday and signal further unwinding of its pandemic stimulus, including a gradual reversal of its huge bond-buying plan.

Twenty-nine of 45 economists polled by Reuters late last month said the BoE would raise Bank Rate to 0.5% from 0.25% at its February meeting, hot on the heels of December’s rate hike, the first by a major central bank since the pandemic.

It would mark the first back-to-back borrowing cost increases by the BoE since 2004, reflecting an urgent need to show it is on top of an inflationary surge.

The BoE forecast in December that inflation would peak at around 6% in April but price growth that month jumped by more than expected to 5.4%, its highest in almost 30 years.

The labour market has also tightened, something Governor Andrew Bailey says is key to the monetary policy outlook. 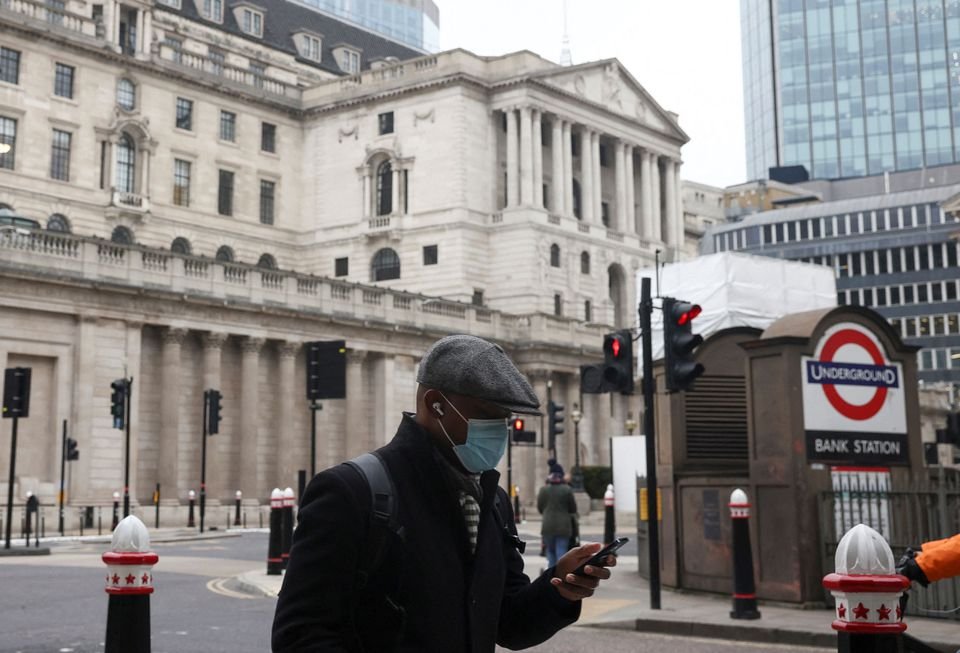 “Members are likely to disregard what looks set to be a temporary bump in the path of the economic recovery around the turn of the year due to the spread of the Omicron variant,” said Investec chief economist Philip Shaw, predicting an unanimous 9-0 vote by the Monetary Policy Committee to raise rates.

The BoE’s stance contrasts with the European Central Bank, which looks set to leave policy on hold on Thursday. read more

The U.S. Federal Reserve is signalling a first rate hike in March although officials spoke cautiously on Monday about what might follow. read more

Investors will be looking for signs in the BoE’s new inflation forecasts whether it thinks investors are being too aggressive by betting on the Bank Rate reaching 1.5% by the end of 2022.

But Bailey may be wary about sending explicit messages after the BoE wrong-footed many investors last year.

Among MPC members, only Catherine Mann, Bailey and Deputy Governor Jon Cunliffe have spoken publicly in 2022.

“After the BoE’s communications fiasco late last year, it has decided to respond by saying less rather than more,” said JPMorgan economist Allan Monks, cautioning that investors’ conviction about a 25 basis point hike might be overdone.

The announcement is due at 1200 GMT. Bailey will lead a news conference half an hour later.

If rates do go up to 0.5%, it marks the point at which the BoE has said it will begin a process called quantitative tightening (QT) – or reducing its vast holdings of government bonds, bought to stimulate Britain’s economy.

The BoE has said it will start by not reinvesting money from maturing gilts, possibly as soon as March when 25 billion pounds of bonds it owns are due to mature.

Bond investors want to know if the BoE intends to accelerate the QT process.

Last August, it said it would start to sell its gilts once Bank Rate hits at least 1%, depending on economic circumstances.

“Even though the market is actively pricing such a scenario, we continue to doubt that the hiking cycle will get that far,” said Rabobank strategist Stefan Koopman, who warned the BoE might find itself raising rates just as the economy slows.

Tax hikes on workers, as well as rising energy and food bills, are set to intensify a cost-of-living squeeze.

A survey from insurance and pensions company Aegon showed 38% of Britons were worried that rising interest rates would hit their finances. An Ipsos MORI poll for the Evening Standard newspaper showed economic morale at a one-year low.