There are several third-party grading services available for collectors to choose from today. If you want the certification of your coin to be universally accepted you may want to stick to the two most trusted services, Numismatic Guaranty Corporation (NGC) and Professional Coin Grading Service (PCGS). NGC and PCGS are trusted around the world because of their consistent and reliable grading. Both have a similar grading scale but use different vocabulary when describing the condition and finish. 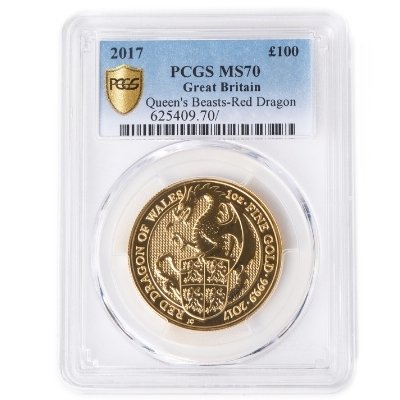 PCGS stands for the Professional Coin Grading Service. The PCGS has been around for longer than the NGC and are considered by some investors as a slightly more accurate grading provider, this however is very much a split opinion across the industry. They have been in business since 1985 and have offices around the world with their main headquarters in California. Much like the NGC, they serve collectors and dealers around the world.

PCGS built its grading standards upon the Sheldon Scale when it introduced the concept of encapsulated, third-party grading in 1986. Review the details behind the PCGS grading standards through our visual guide below or the classic table view.

Today, PCGS is trusted as one of the world’s most reliable coin grading services. This reflects their original mission to bring a level of consistency to grading that could be guaranteed. The professional efforts of both PCGS and NGC forged the way that certified coins are thought of, bought, and sold today.

The numerical grades MS-60 through MS-70, used to denote a business strike coin that never has been in circulation. A Mint State coin can range from one that is covered with marks (MS-60) to a flawless example (MS-70).

A coin usually struck from a specially prepared coin die on a specially prepared planchet. Proofs are usually given more than one blow from the dies and are usually struck with presses operating at slower speeds and higher striking pressure. Because of this extra care, Proofs usually exhibit much sharper detail than regular, or business, strikes. PCGS recognises Proofs (PR) as those struck in 1817 and later.

Special coins struck at the Mint from 1792-1816 that display many characteristics of the later Proof coinage. Prior to 1817, the minting equipment and technology was limited, so these coins do not have the “watery” surfaces of later Proofs nor the evenness of strike of the close collar Proofs.

NGC stands for Numismatic Guaranty Corporation. This grading service has been operating since 1987. They started in New Jersey but are now located in Florida, USA.

The NGC is the official grading service of both the American Numismatic Association and the Professional Numismatists Guild. 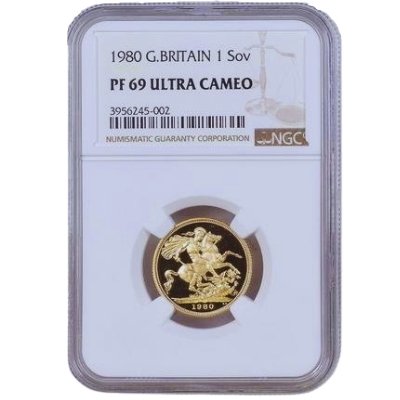 Compared to some other major services, NGC coin grading offers a much wider range of special options, such as unique labels. While NGC should always be on your list of coin grading companies to consider, you may want to focus on NGC certified coins if you want something with a unique slab or label.

NGC Details-graded coins each receive an NGC Details grade according to the amount of detail that remains on the coin. Coins lose detail as a result of wear, which is metal loss that occurs during circulation. For that reason, NGC Details grades are sometimes referred to as “wear grades.”

Many coins have surface conditions that preclude numeric grading from NGC. Coins that have been improperly cleaned, are holed, have scratches or certain other issues cannot be assigned a numeric grade from 1 to 70. These coins, however, are eligible for NGC Details grading.

Similarities and Differences Between NGC and PCGS

There are several strong similarities between NGC and PCGS. For most collectors, they are effectively equivalent. They both provide the same service. You can submit your coins to them to be certified. Whether you use NGC or PCGS, your coins will be examined by a whole team of experts. When you receive it after the process is complete, it will be housed in a permanently sealed slab.

However, there are some differences between these services. For example, since they are certifying coins in the same way, they have slightly different terminology for some equivalent certifications. NGC has the First Releases and Early Releases designations. The First Strike designation offered by PCGS requires very similar qualifications. Another example is the prefix that these companies use for their proof coins. NGC coins receive a PF prefix and coins submitted to PCGS receive a PR prefix.

The overall design of their holders and labels also diverges in both aesthetics and production.